From an anthropological point of view, as a sculptor my job is to make images that embody the truths for which the society I live in stands. Yet even thirty years ago there was precious little for which society stood and so I was compelled to set about finding truth for myself. After two years I had something that I could call truth and duly returned to art. Soon enough however I realised that the art world was going in a direction that I was not prepared to go. Turning to film, I made a number of short films only to find that the world of experimental film was going the same way. Turning to the written word, I wrote a novella and an experimental novel, which over the years I re-wrote extensively. Learning Ancient Greek not only helped me find my artistic style, it also lead to me I being re-confronted with the problems that I had addressed in my youth. Formulating my views into a coherent system, over the course of five years, four books emerged. 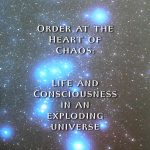 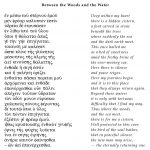 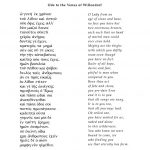 Order at the Heart of Chaos: Life and Consciousness in an Exploding Universe

The work is a stop-check of scientific materialism, with the central questions being: „Is modern day materialism capable of explaining the occurrence of i) life and ii) consciousness?“ Beginning with the Big Bang of modern physics and the hugely important concept of entropy, chaos theory and the behaviour of non-linear, dynamic systems are introduced. An evolutionary-based view of our place in the world sees us as problem-solvers with the origins of this ability being traced back to Homo erectus and providing a new foundation for our sense of ethics and aesthetics. 98.000 words.

Plato: his Life, Times and and Philosophy

Since the Renaissance Plato has increasingly become the preserve of scholars who do not see the seminal significance of Plato’s work in science and mathematics. Re-adjusting this bias, the book is intended to bring about some serious readjustments in our understanding of Plato and his philosophy and offers a number of original contributions. In connection with Greek architecture, the work introduces to an English reading public, the forgotten and un-translated work of Ernst Mössel. 60.000 words.

The Legacy of Plato and the Triumph of the Renaissance

After summarising the main aspects of Plato’s philosophy, this book shows how an appreciation of Plato and the problems he was dealing with enables a number of otherwise unexplained aspects of the Renaissance to be understood. Despite being written for the general reader, the original nature of numerous insights mean that the work will also be of interest to those who are already knowledgeable on Plato and the art and philosophy of the Renaissance. 94.000 words.

Rediscovering History in Krems and the Wachau

This book is part of an initiative to give the concept of responsible tourism a more definite shape. Written in English, it is to be translated into German and is intended as a quality guide with illustrations, drawings and photographs by the author. Combining recent research from a range of disciplines with a variety of innovative approaches of his own, Alexander Curtis reviews 40,000 years of history. Well-known artefacts are looked at in new ways and hardly known things, places and events are introduced, with the whole giving a step by step account of the region’s development in a way that is paradigmatic for a whole continent. Among the techniques used are etymology, archaeological astronomy and the author’s long experience of untangling the layers of history encoded in the mythologies of long ago.