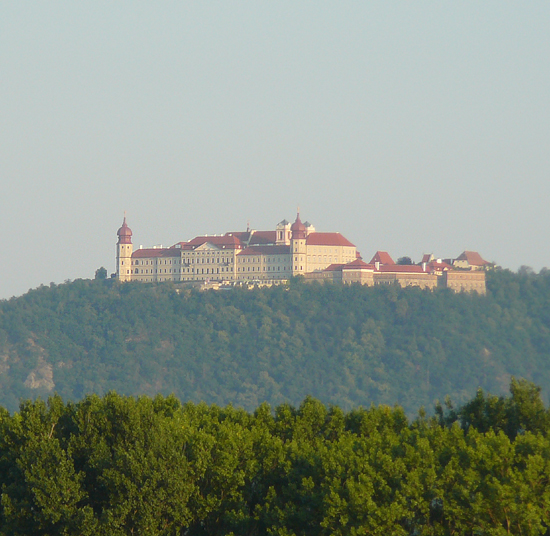 For those interested in discovering for themselves, the 59 churches and chapels that the Wachau and Krems region is home to, the initiative „Churches by the River“ provides a printed booklet and an internet site: www.kirchen-am-fluss.at  Only available in German, these resources give an overview, informative descriptions and the contact/visiting information necessary for viewing. Apart from the outstanding examples of Baroque architecture provided by the Monastery of Melk and the former monastery at Dürnstein, there are also more modest, hidden gems that date from the Age of Migration, the Middle Ages and the Renaissance. In many cases, behind ancient walls, an opulent array of Baroque furniture masks details that attest to older origins. Thus the castle chapel at Oberranna in Mühldorf is unusual in that it is uncluttered with the art of later ages and together with its crypt is the most notable Romanesque building in the Wachau. More typically, the Church of Saint Lorenz in Rossatz features a combination of late Romanesque frescos and Baroque sculptures. Examples of how colour was used in churches during the Middle Ages are given by the Gottweigerhofkapelle in Stein, the Church of Saint Matthias in Forthof and the church of the former Dominican Monastery which is now a part of Museum Krems. Colour is also prominent in the exceedingly fine Gothic altarpieces located at the Palace Chapel in Mautern and at the parish church at Maria Laach.

Apart from a fine Baroque altarpiece, the Church of Saint John the Baptist in Mauerthale by Arnsdorf, also features Gothic and Early Renaissance frescos. Likewise the Church of Saint Sigismund in Schwallenbach, whilst featuring a late Gothic form of vaulting that is characteristic for the Wachau and frescos that date from the fifteenth century, is otherwise opulently Baroque. Meanwhile the Church at Maria Laach is not only of interest due to its Gothic altarpiece but also as it is here that a cenotaph carved by the Flemish sculptor, Alexander Coli, may be seen. This shows the prominent nobleman, Johann Georg of Kuefstein, who, as the Counter Reformation took hold, was one of the last Protestants in the region who could afford to resists his countrymen’s requests to return to the Catholic fold.

For those who wish to spend longer periods of time time away from the hustle and bustle of a frenzied world, the monasteries of Melk and Gottweig both offer accommodation which it is claimed is not comparable with a stay in a B & B or a hotel. Even if the not regularly participated in, the rhythms f prayer and work that govern the lives of the monks who live at Gottweig and Melk leave an indelible trance on the visitor that testifies to the existence of something that cannot be bought with money. At Gottweig, for those for whom sparse modern furnishings are repelling, the former abbot’s rooms may be rented complete with period furniture and a private library. „Gottweig“ means „where God whiles“ and both Melk and Gottweig offer programs of retreat. Here, within specially designed, Christian programs, the all-encompassing something that many people call „God“ can be sought.