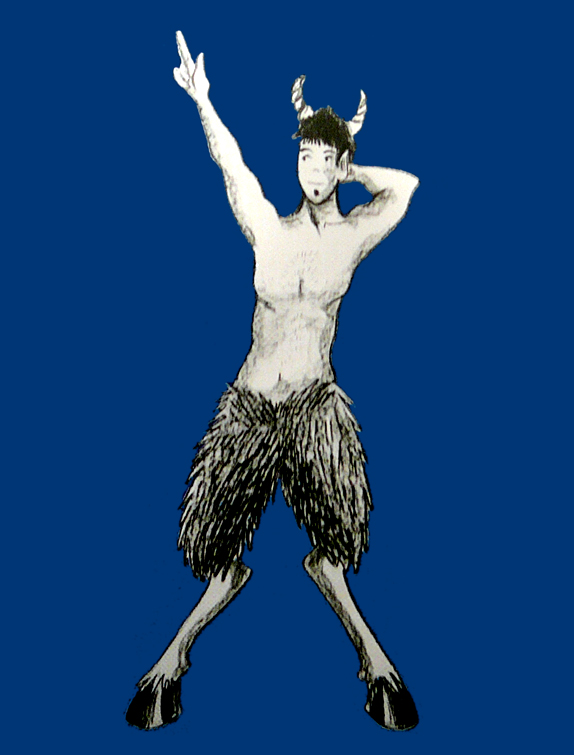 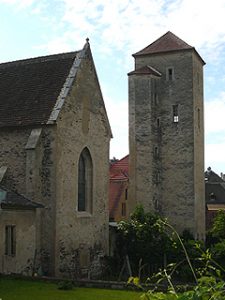 Performed by the renowned Koehne Quartett at a premiere held in the Ursula Chapel in Krems in October 2021, Martin Theodor Gut’s zu köstliche Sache was greeted with raptous applause and is now available as a CD along with other compositions. These are played by the Koehne Quartett (zu köstliche Sache and Versöhnung), the composer and his ensemble, Brennstein (Trio and schleife), the flautist, Sylvie Lacroix (Whistleblower), the pianist, Ines Schuttengruber (Zimmerreise) as well as by the composer alone (K.N.O.T.) In the minimalist schleife, the author Manfred Chobot makes a vocal contribution that alternates with the music of Brennstein, so that music and text point by twists and turns towards a mysterious something that in different ways, the works of Versöhnung all reach out towards and magically succeed in locating. For samples and easy acquisition in Austria and Germany go to: www.preiserrecords.at or www.jpc.de. 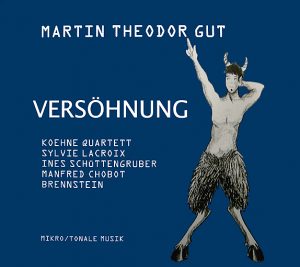 Versöhnung, or „Reconciliation“, is a series of live fields of energy, that are charged by the skilful use of musical structures that awaken impressions of something that is both known and unknown, something that is somehow familar and yet which we also know we are hearing for the first time. Appropriately, the cover shows a satyr and the music, far from being a sentimental return to, or a post-modern re-discovery of Arcady, is instead, the unexpected manifestation of Arcady as a vital force which is there waiting for us should we but listen.

Where the opening piece, Trio, is composed using harmonics that derive from the Antique, this is merely the opening for an invigorating series of musical conumdrums that challenge us not only to stop and listen but also to wake up. Following Trio is  zu köstliche Sache, with the title being a fragment of a quotation: „Life is such a delectible thing“. This is from Hayden, the father of the string quartett and together with Versöhnung provides unequivocal evidence that what is being heard, is polished and crafted music made by a composer who is part of a tradition in which, for two and a half centuries, music has been written for performance by string quartets. Kunst kommt von können, or „art is born from ability“ and both pieces confirm this, standing up to and holding their own against the vast weight of a potentially over-powering tradition. Between the two pieces there are excursions into other realms. In Whistleblower the flute is put through its paces in a meandering series of scales and arabesques with the percussive properties of the instrument also being exploited with the results being analogous to when string players pluck their instruments. In the minimal K.N.O.T., notes are staged so as to  fill out space and time in a way that allows them to be themselves. Although there is a structure to the piece, its subtle sophistication is such that it is not immediately identifiable. In the quartett, Vesöhnung, the composer exploits the possibilities offered by multi-phonics in which notes can be played so as to generate a number of different overtones that are heard simultaneously. To this effect, towards the end of the piece the cello is marginalised and silenced, with its later return enabling a reconcilation with the multi-phonics which orginally  lead to its being ostracised. This paves the way for the triumphantly euphoric, Zimmerreise, in which the piano and the tradition of piano music is celebrated.

Departing from the tradition of what has gone before, the two quartett pieces and the piano piece nevertheless all return to it, enabling its creator to look the masters of the past in the eye, no longer looking up, no longer looking down but seeing them as equals in a search for something that each age must re-define for itself. In a time of crisis this might seem the least relevant of our concerns and yet it is not. It is proof that European traditions can be continued, expanded upon and adapted to meet the challenges of the present – so that through change and adaption, Europe might have a genuine future. Here however it is necessary to add that although art is born from ability, this does not mean that either art or music are purely formal games in which there is no message and in which content is irrelevant, for what Martin Gut achieves in Versöhnung is achieved through his having a wider vision that encompasses and forms his musical vision – which however, all the while is open to prompting’s and suggestions that arise through the formal aspects of the musical systems with which the composer works with. Thus the modernist architectural maxim „form follows function“ can be exposed as a facile dogma, for while form may often follow function, it can also prompt new ways of interacting with things and thus give rise to new functions and new ways of seeing the world and how we are to live in it and it is precisely this is the achievement of Versöhnung.