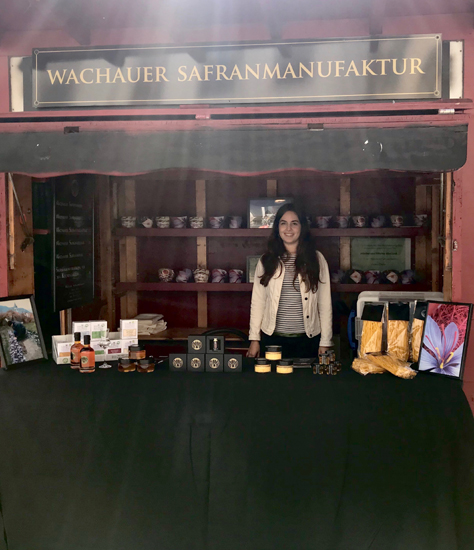 For those who can’t make it to the Wachau, top-quality saffron and a range of delectible saffron products are available at the Organic Farmers‘ Market held on Fridays and Saturdays at the Freyung in Vienna. The saffron grown and processed at the Wachau Saffron Manufactory is produced according the Demeter standards which are even more stringent than organic standards. For more on the Wachau Saffron Manufactory and the growing of saffron in the Wachau, see the Bernhard Kaar entry on the Reloading Humanism „People“ page. 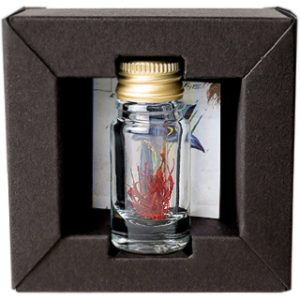 Apart from saffron, the Biobauern Markt offers meat, vegetables, cheese, bread, oil, wine, honey, cakes and patisseries, all produced to organic or Demeter standards. Among the non-victuals sold are woven baskets, wooden toys and pottery. See biobauernmarkt-freyung.at for a full listing of stands and producers. 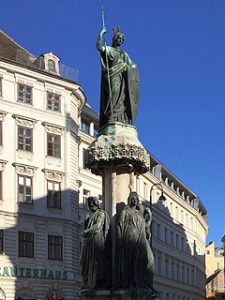 Victuals have been sold at the Freyung since the eighteenth century and since the nineteenth century, have been watched over by bronze personifications of Austria and the four major rivers of the Habsburg Monarchy: the Danube, the Po, the Elbe and the Weichsel. Where at Donaueschingen, one of its supposed sources of the Danube, the river is shown as a naked young girl being instructed by her mother to „go South“, in Vienna, she has become a woman with a classical face and drapery. Looking South, she stands in a confident contraposto pose.