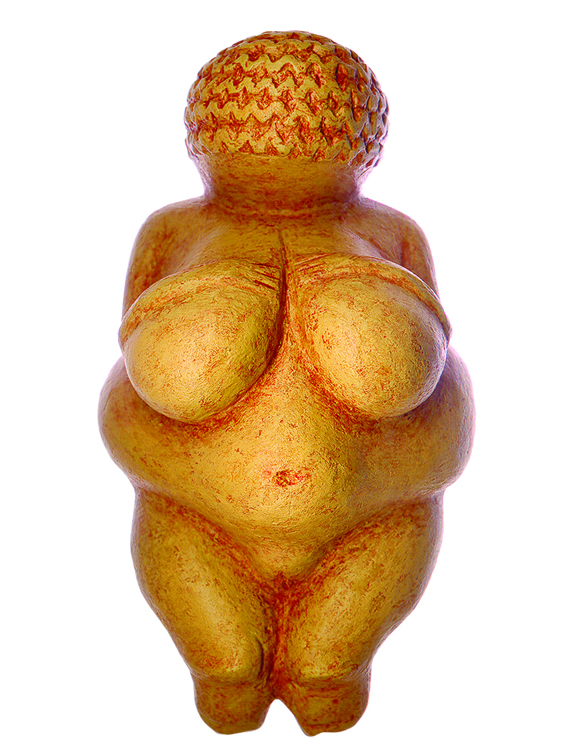 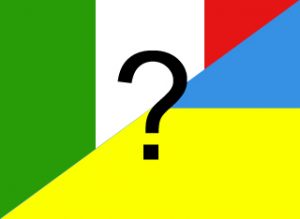 Investigating the Venus of Willendorf using non-invasive micro-computed tomography scans, an Austro-German team has found that the oolithic limestone from which the world famous figurine is made, may have come from Sega di Ala, near Lake Garda in the North of Italy. Identifying the limestone of which the Venus was made as belonging to the Mezozoic, samples from sites in Europe where limestone from this era is available and is otherwise comparable, were painstakingly prepared and analysed. The results showed that the stone could not have come from Austria. While limestone from Sega di Ala has so far provided the closest match, samples from Isjum in the Ukraine were also close. Stylistically the Venus of Willendorf has features, such as the zig-zag hat or hair-do, which indicate cultural links with the East, whereas Italian Venus figurines from the period are very different and are devoid of such features. The analysis of the stone from which the Venus was made is thus a momentary glimpse into the beginning of a process in which further Ukrainan samples need to be investigated and other factors considered. Analysis of more material from Isjum may yield closer matches that make Italy and the Ukraine both equally likely and this would mean that a final consenus would be decided by cultural similarities and the lightly patterns of movement of people and animals at that time. Here the „journey time“ of the Venus from East to West is not to be thought of in terms of weeks or months but rather in terms of years and possibily even generations. Although the article sees a trans-Alpine journey as feasible, this is a moot point, whilst the alternative route, skirting around the Alps from the East, being circumventous, is also open to question. That the figurine was transported from East to West is thus a much more feasible scenario.

Of equal significance as the definitive discovery that the Venus was not made in Austria, is the realisation that the holes in the surface of the Venus are likely to be where nodes of harder material protruded from the surface which, as they could not be cut through, could only be either left or operated out and removed. That the latter course of action was decided upon at an early stage is suggested by the deep navel which may well have been were a disfiguring node of harder material was, with the remedy being used to figurative advantage. 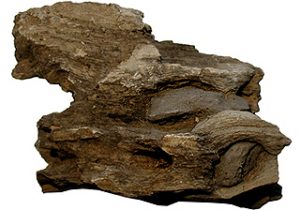 A sample of limestone from Lake Garda collected by Alexander Curtis with small harder protrusions visible as lighter spots and with two larger grey flints crystallising out of the rock in a process that is today still not fully understood.