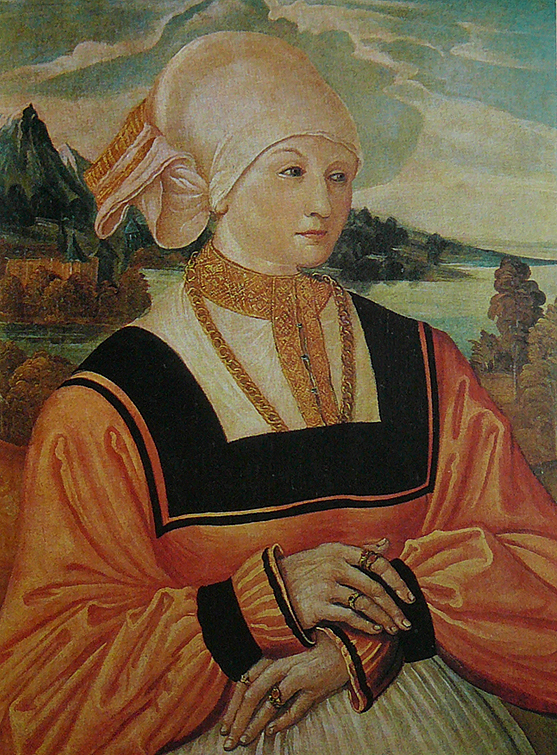 As a part of the exhibition „The Age of Dürer: Austria at the Gateway of the Renaissance“ two portraits from Museum Krems are currently on view in the Upper Belvedere, one of the two Baroque palaces that in Vienna, overlook the city’s Schwarzenberg Platz. A representative of the „Danube School“ Wolf Huber portrayed Magdelena Kappler in her Sunday best sitting in front of a landscape that, featuring rocky hills and a winding river, can be assumed to be the Danube. 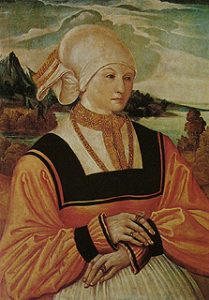 From the portrait of Magdalena, one senses that the artist did not know her and that, as the mother of thirteen children, she had probably not sat still and done nothing for very long time. On the other side of the painting, a different artist shows Magdelena’s husband, Wolfgang Kappler, asleep at the foot of a family tree that shows eight of the thirteen children. 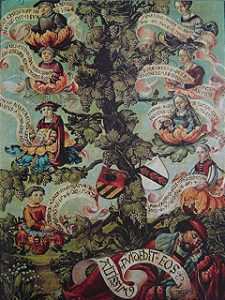 Wolfgang Kappler studied medicine in Venice and a third artist shows him very much awake, with rings on his fingers and his hands resting on a book that symbolises his learning. For more on Wolfgang Kappler and the world in which he lived, see the Wachau News and Tips article „Krems: 40 BP-1619 AD“. 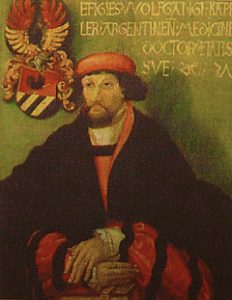 Also on display in the exhibition is Wolf Huber’s portrait of the humanist, Jakob Ziegler, which can otherwise be seen in the Kusthistorisches Museum in Vienna. Mainly known for his theological writings, Ziegler worked as a geographer, mathematician and astronomer in various cities before settling in Passau where Wolf Huber worked as the court’s episcopal painter. Unlike the portrait of Magdalena Kappler, Huber knew his subject and masterfully caught the calm glow of his friend’s humanist wisdom and learning. 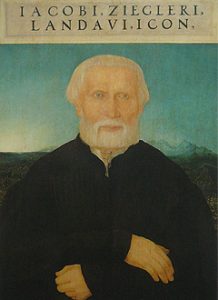